What is HDMI 2.1 A Comparison with other HDMI versions

What is HDMI 2.1 ? A Comparison with other HDMI versions

HDMI 1.0 TO 2.1 – A QUICK OVERVIEW OF THE DIFFERENCES
The upward trend of higher resolutions and refresh rates, increased color depth, high-quality uncompressed audio, and unaltered video signal (chroma subsampling) all result in an increased need for a new standard capable of supporting bigger bandwidth. HDMI 1.4, limited to 10.2Gbps, was enough to push 4K video at up to 24 Hz. In comparison, the latest standard HDMI 2.1 supports a bandwidth of 48Gbps, and is able to support 4K at 120Hz, or even 8K at 60Hz. 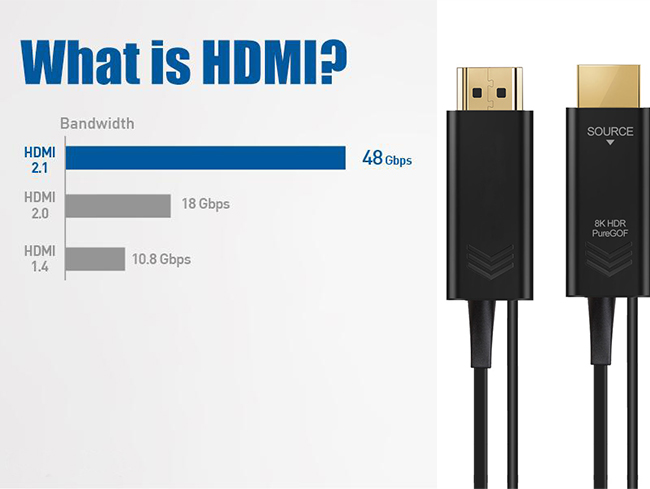 The chart below quickly summarizes the differences in features between HDMI versions. 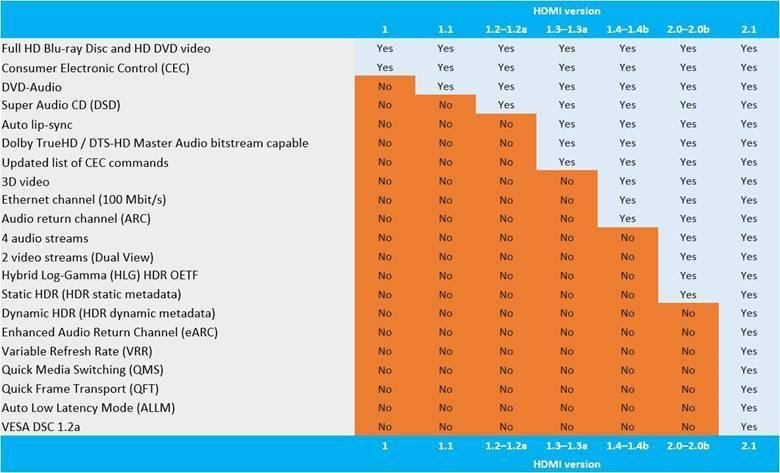 THE FEATURES OF HDMI 2.1
The quest for something better will bring us to a future in 8K, and we’ve recently seen many changes hinting at an 8K era that might be happening sooner than you might have expected. For example, earlier this year the HDMI Forum announced the new HDMI 2.1 cable certification program, the leading gaming console manufacturers Sony and Microsoft announced their next-generation PlayStation 5 and XBOX Series X to support games in 8K, while the Japanese public broadcaster NHK is preparing to offer coverage of the Tokyo 2020 Olympic in 8K.

DEEP COLOR AND MORE REALISTIC VISUALS
HDMI 2.1 improves the original HDMI 2.0 static HDR function to dynamic HDR. Dynamic HDR ensures every moment of a video is displayed at its ideal values for depth, detail, brightness, contrast and wider color gamut – on a scene-by-scene or even a frame-by-frame basis.

BENEFITS FOR GAMERS THAT ARE ALSO AUDIO ENTHUSIASTS
In addition to its support for higher bandwidth, the HDMI 2.1 standard also improves on the audio front by updating the HDMI 2.0 feature ARC (Audio Return Channel) to eARC (enhanced audio return channel). With eARC, you can plug your HDMI devices directly into your TV and the TV will then send the uncompressed and high-resolution audio (such as DTS:X and Dolby Atmos soundtracks) to a soundbar, receiver, or amplifier directly from the eARC port.

The industry is just starting to embrace the new HDMI 2.1 standard, but we can tell this will be quite the game-changer in the near future! For the latest news on HDMI 2.1, make sure to follow us!

The Better Choice for You:

NOTE: UP TO 20 DIFFERENT PIGTAILS AVAILABLE. SO YOU CAN CHANGE HDMI,DP,USB,DVI.etc AS REQUIRED