Introduction
Video streaming, corporate applications in the cloud, the emerging 5G cellular network, and more all have one thing in common — they require a lot of bandwidth. In a world that is increasingly reliant on high-speed internet, networks need 100G DWDM pluggable transceivers that can keep up with the demand — and scale as it grows. Previously, these connections used standard optical fiber technology, which works well for transmission rates up to 10G but cannot meet the needs of 100 gigabits (100G) internet.

PAM4 optics and coherent optics are two of the industry-leading solutions that deliver more bandwidth and distance. When comparing PAM4 vs. coherent optical transceivers, it comes down to what features and benefits your network requires. In this post, we will analyze these two options to help your business make an informed decision.

100G Optical Transceivers
A 100-gigabit ethernet is becoming the industry standard for internet speed because it can transmit 100 gigabits of data per second — 25 gigabits across four lanes. It is used mostly in data centers or any application that needs long-distance switch-to-switch transmission. 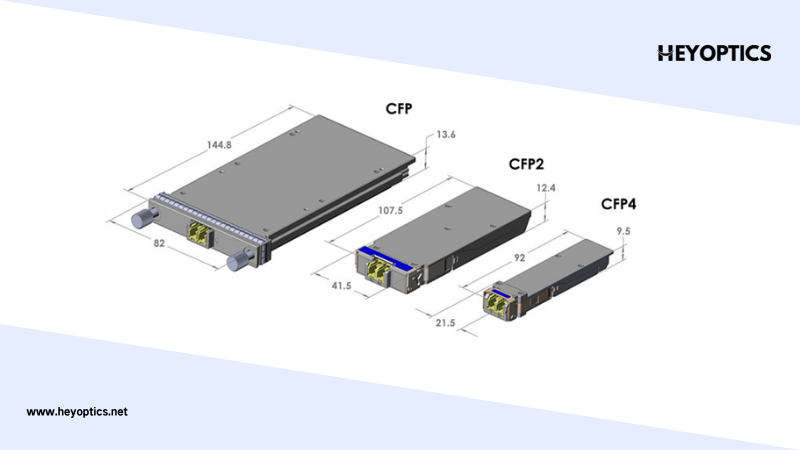 DWDM technology puts data signals from various sources together — or “multiplexes” them. Though they both work in a single optical fiber pair, their data streams remain separate. It is considered “dense” because there are over 80 wavelengths that each carry a separate signal within the single optical fiber.

DWDM allows for the transmission of large amounts of data while maintaining its integrity and security. This feature is crucial for places like data centers that may have separate tenants. The channels are implemented by infrared laser beams, each carrying 100 billion bits of data per second, in amounts of 192 per fiber pair. Since the channels are separate, they can take on different data formats and rates.

Pulse amplitude modulation — or PAM4 optics — was created to respond to the need for optical transceivers for short-haul links. It uses four distinct pulse amplitudes to convey information. Each amplitude has two bits, which doubles the data rate and makes PAM4 two times more bandwidth efficient than conventional binary models. 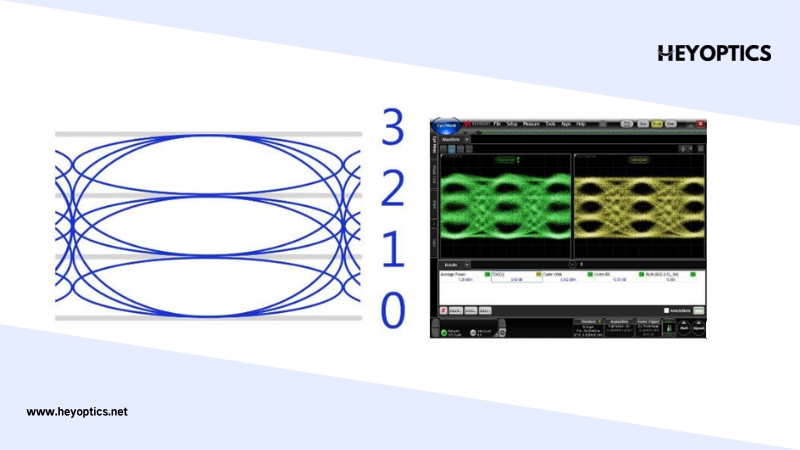 PAM4 Advantages
PAM4 is a leading solution in 100G optical transceivers because of its simplicity and low power consumption, which is crucial for short-haul optical systems. It offers the advantages of long-distance, which was not previously available, as well as cost-effectiveness. PAM4 can be used directly in the switch of an embedded DWDM network.

PAM4 Disadvantages
One of its drawbacks is that the PAM4 optical transceiver requires amplification beyond five to six kilometers. In this case, you need a separate DWDM multiplexer equipped with dispersion compensation and an amplification system to connect the data centers. Plus, if you are using PAM4 optics with an existing DWDM network, you must first prep your DCM and amplification to avoid issues later on.

Another disadvantage is that PAM4 is susceptible to noise disruption. Its extra voltage levels require reduced level spacing, which results in a higher required signal-to-noise ratio. This is why PAM4 works best in a short-haul optical system.

Coherent optics are an efficient solution to provide more data faster, using digital signal processing (DSP), modulized amplitude, light phases, and two polarizations. It has the capacity to reach transport speeds up to and beyond 100 gigabits, requiring only a single fiber pair to transmit terabits of data. It is usually used in long-haul applications because of its extensive distance capabilities.

Coherent Advantages
Coherent optical transceivers are cost-effective and have more advantageous features compared to other transceivers. Its primary advantage is the built-in DSP chip and electronic dispersion compensation (EDC), which PAM4 does not have. This chip eliminates the need for separate DSP and dispersion compensation modules — instead of using EDC to increase amplification.

Coherent optics allow for transmission distances of up to 1,000 kilometers, allowing for long-distance support without a third-party system. Using technology seen in radio communications, coherent optics can increase receiver sensitivity while maintaining selective tuning. This allows channel spacing to be close yet remain separate.

Coherent Disadvantages
Though CFP and CFP2 digital coherent optics work with speed and efficiency, they use more power and have higher costs than other models. These drawbacks may affect total operating costs, which presents a challenge to businesses that need quality 100G DWDM pluggable transceivers within an economical budget.

Another disadvantage of coherent optics is that you will need two DSPs from the same vendor at each end of the link. Different DSPs cannot operate together, and in some cases, the line cards must also be the same. 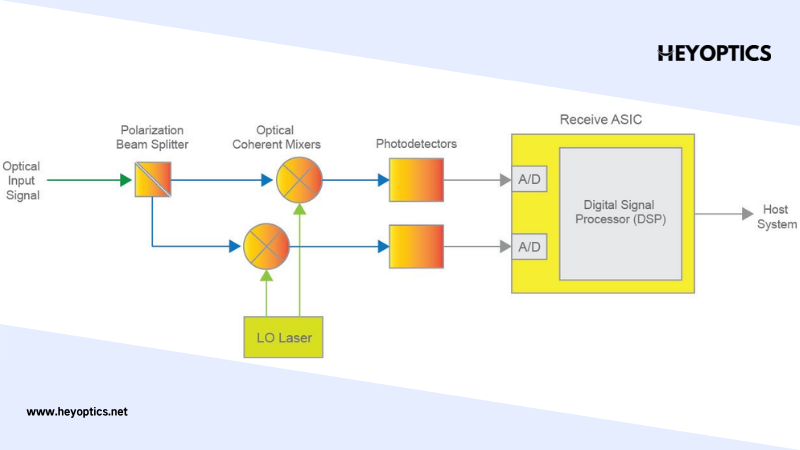 Heyoptics offers various optics, including optics that support PAM4 and coherent modulation. Our PAM4 optics and coherent optics offer the advanced modulation technologies you need for high-speed networking.
Browse our 100G optical transceivers on our website today to find what you need. If you have any questions or want to learn more, please contact sales@heyoptics.ca.

Share Tweet Pin it
Tumblr
Previous
How Transceivers Choose Fiber Loopback
Next
Is Optical Fibers for 5G Networks For You?
Related articles