Starting in 1995, formed by major telecommunications service providers and system vendors. The International Telecommunications Union (ITU) did further work, and standardized on two generations of PON. The older ITU-T G.983 standard was based on Asynchronous Transfer Mode (ATM), and has therefore been referred to as APON (ATM PON). Further improvements to the original APON standard – as well as the gradual falling out of favor of ATM as a protocol – led to the full, final version of ITU-T G.983 being referred to more often as broadband PON, or BPON. A typical APON/BPON provides 622 megabits per second (Mbit/s) (OC-12) of downstream bandwidth and 155 Mbit/s (OC-3) of upstream traffic, although the standard accommodates higher rates.

PON（Passive Optical Network) means there is no any active equipment and only use Optical Fiber and Passive Components between OLT ( Optical Line Terminal) and the ONU ( Optical Network Unit). And PON in the main technology to implement FTTB/FTTH, which mainly adopts point to multi-point network structure.
There are a lot of content in PON Technology, and the PON Technology is constantly iterating and updating. XPON Technology developed from APON, BPON, and later EPON and GPON. There are different transmission modes and transmission standards developed at different times.

APON：
At the end of 1990s, ITU ( International Telecommunication Union ) First proposed APON using Asynchronous Transfer Mode ( ATM) for packet Communication. APON makes use of the centralized and statistical multiplexing of ATM, combined with the sharing function of passive divider on optical fiber and Optical Line Terminal, which makes the cost lower by 20%~40% than the traditional PDH/SDH access system based on circuit switching.

BPON：
With the rapid development of Ethernet Technology, APON is basically no longer used. At this time, the concept of Broadband Passive Optical Network ( BPON) was proposed. BPON is an enhancement of the APON standard, originally known as APON, but later changed to BPON for different purposed. BPON is based on ATM protocol, with upstream and downstream speeds of 155Mbpas and 622Mbps respectively. At the same time, It adds dynamic bandwidth allocation,protection and other functions, and can provide Ethernet access, video transmission, high-speed leased Lines and other services.

Due to the high deployment cost of BPON, it was subsequently replaced by the more cost-effective and faster EPON.EPON (Ethernet Passive Optical Network) is an Ethernet Passive Optical Network.EPON PON technology based on Ethernet integrates the advantages of PON technology and Ethernet technology, adopts Point to- Multi-point structure, passive optical fiber transmission,and provides a variety of services on Ethernet.Because EPON is economical and efficient to deploy, it is the most effective way to achieve “three networks in one” and “last mile” communications.

GPON：
GPON (Gigabit-Capable Passive Optical Network) is a Gigabit Passive Optical Network or Gigabit Passive Optical Network.EPON and GPON use different standards, and GPON is arguably more advanced, able to transmit more bandwidth and carry more users than EPON.Although GPON has advantages in high speed and multiple services compared with EPON, GPON’s technology is more complex and its cost is higher than that of EPON.Therefore, at present, EPON and GPON are the most widely used technologies for PON broadband access, and the choice of which technology depends more on the cost of optical fiber access and business requirements.GPON will be better suited to customers with high bandwidth, multi-service, QoS and security requirements, and ATM technology as the backbone.The future development is higher bandwidth, for example, EPON/GPON technology develops 10 G EPON / 10 G GPON, the bandwidth will be further improved. 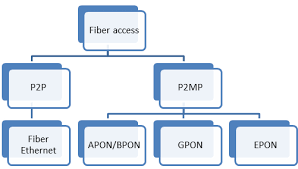 What's different between EPON and GPON?

As the demand for network providers' capacity continues to increase, the versatility of access networks must also be expanded to meet this growing demand. PON is the most widely used technology in FTTH. The advantage of PON technology is that it can reduce the occupation of backbone optical fiber resources and save investment; the network structure is flexible and the expansion ability is well; the failure rate of passive optical devices is low, and it is not easy to be interfered by the external environment; the business supportability is strong. 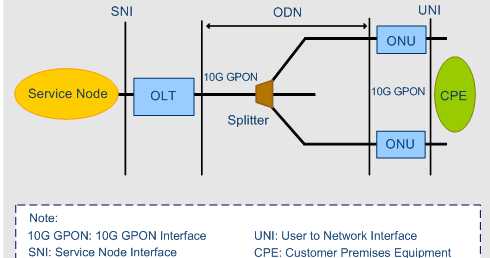 Difficult to say GPON is better than EPON, or vice verse. They have their +- When we talk about IP/Ethernet services, EPON is more suitable and cost effective. While GPON has its own benefits in higher bandwidth, faster transmission rate and supporting triple-play services. I can say EPON is still the mainstream of PON, especially in the Asian countries, but GPON is expanding in a nice way.