In this blog, we'd like to talk about the evolution of DisplayPort and explain why DP 2.0 is important for us.

DisplayPort 1.1
DisplayPort 1.1 allows devices to implement alternative link layers such as fiber optic, allowing a much longer reach between source and display without signal degradation, although alternative implementations are not standardized.

DisplayPort 1.2
DisplayPort version 1.2 was introduced on 7 January 2010.[11] The most significant improvement of the new version is the doubling of the effective bandwidth to 17.28 Gbit/s in High Bit Rate 2 (HBR2) mode, which allows increased resolutions, higher refresh rates, and greater color depth.

DisplayPort 2.0
VESA stated that DP 2.0 is the first major update to the DisplayPort standard since March 2016, and provides up to a ≈3× improvement in data rate (from 25.92 to 77.37 Gbit/s) compared to the previous version of DisplayPort (1.4a), as well as new capabilities to address the future performance requirements of traditional displays. 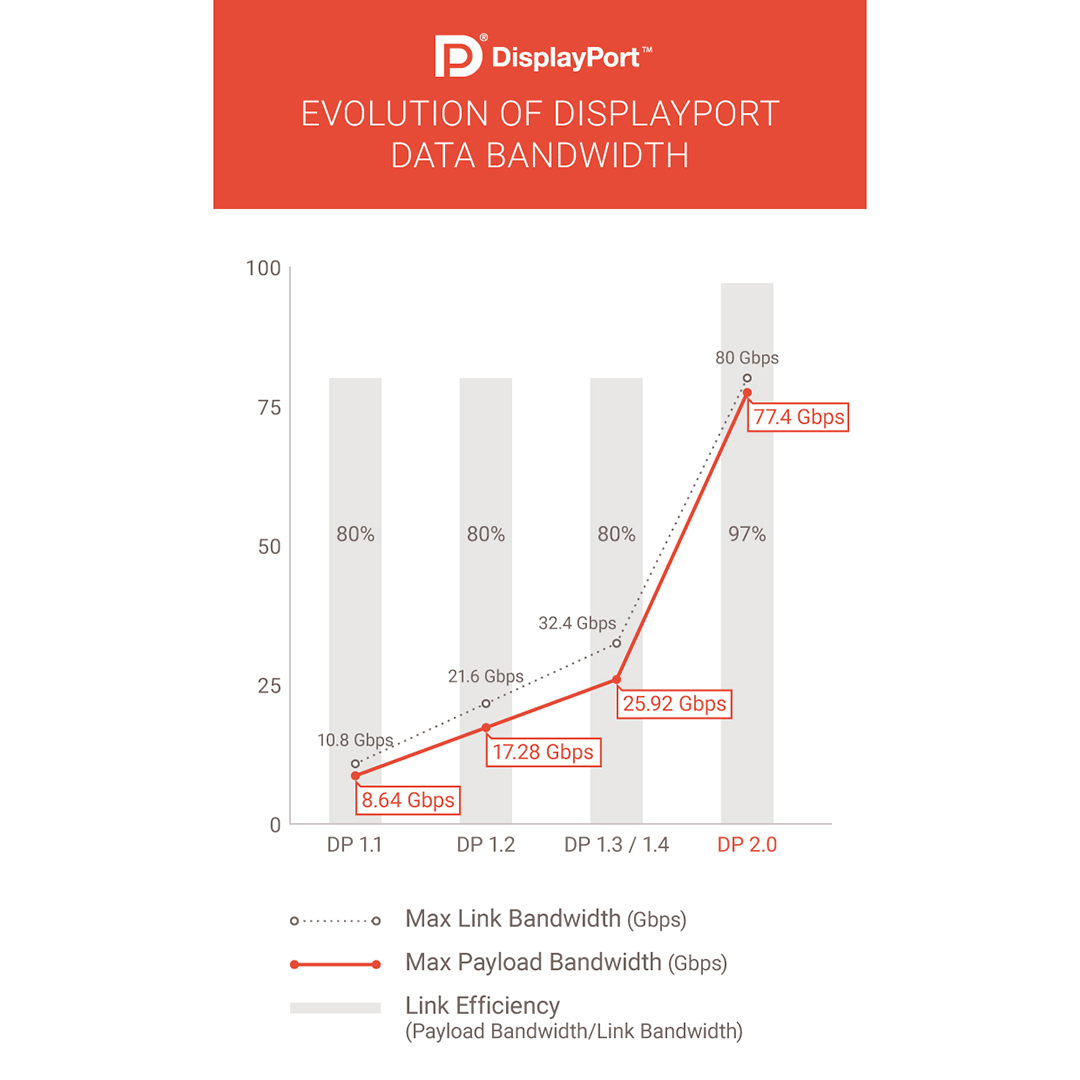 Is DP2.0 Compatibility with other DisplayPort versions?

Why you need DisplayPort 2.0?

Ultra-high-resolution display applications
Based on the bandwidth of 77.37Gbps, VESA provides us with several examples of applications with typical resolutions.

Conclusion
DP2.0 brings ultra-high bandwidth and coding efficiency that once again far exceeds HDMI standards, and we believe that the competition between DP and HDMI will continue in the future. However, the bandwidth of the DP2.0 80G also poses a higher challenge for the DP copper wire, believing that only the new optomebeop of the AOC (Active Optical Fiber Cable) can support a distance of more than 2 meters.