Take you to understand HDMI 2.1A

What is an Ultra High Speed HDMI Cable?

HDMI® Specification HDMI 2.1a is the most recent update of the HDMI® specification and supports a range of higher video resolutions and refresh rates including 8K60 and 4K120, and resolutions up to 10K. Dynamic HDR formats are also supported, and bandwidth capability is increased up to 48Gbps.
Supporting the 48Gbps bandwidth is the new Ultra High Speed HDMI Cable. The cable ensures ultra high-bandwidth dependent features are delivered including uncompressed 8K video with HDR. It features exceptionally low EMI (electro-magnetic interference) which reduces interference with nearby wireless devices. The cable is backward compatible and can be used with the existing installed base of HDMI devices. 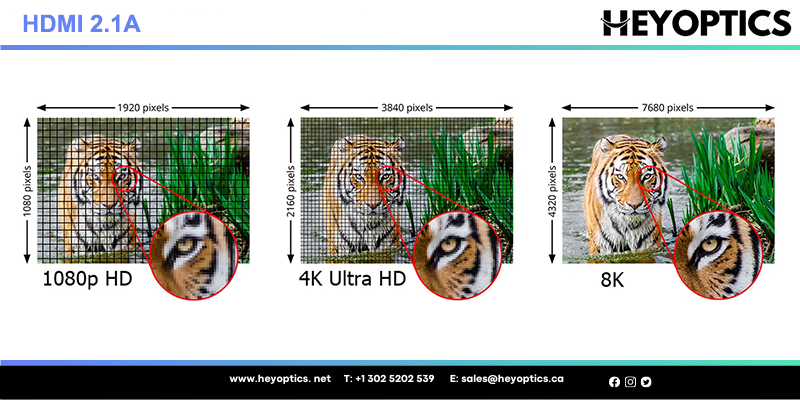